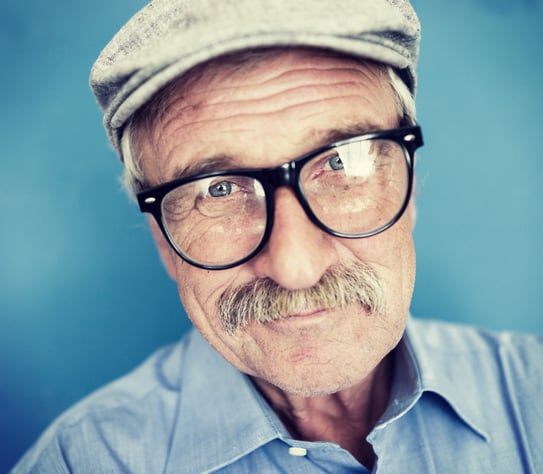 A couple of months after I reluctantly turned 60 I started thinking about some of the issues of aging I was inevitably experiencing. I decided my worsening vision and reliance on contacts had to stop--after all, 60 is the new 50. My children had successful LASIK eye surgery to correct their vision so I set up a consultation. When I arrived at the clinic I was given a battery of tests prior to meeting with the surgeon. The surgeon did tests quite similar to the ones you get at a standard vision screening so I thought “no big deal”--I had my annual vision screening just 2 months prior. He told me there was “good and bad news”. The bad news is the LASIK route wasn’t viable as I had another vision problem. He said I had cataracts and at this stage it would move quickly. This is the good news in this case because they can replace the lens with a different laser-based surgery but should get even better results than LASIK. Plus, it’s covered under our insurance—now that sounds really good! My vision has been getting notably worse even in the short time since the annual screening. One eye had gotten several “powers” poorer which is a common indicator, along with notable clouding. The cataract problem will need correcting in the coming months.

Luckily, in the 21st century, this can be accomplished painlessly but not without causing me some anxiety. Then again, the LASIK procedure was causing the same anxiety but now the decision is easier.

What can be done about Cataracts?

A cataract is a clouding of the eye's natural lens, which lies behind the iris and the pupil.

Cataracts are the most common cause of vision loss in people over age 40 and is the principal cause of blindness in the world. In fact, there are more cases of cataracts worldwide than there are of glaucoma, macular degeneration and diabetic retinopathy combined, according to Prevent Blindness America (PBA). People over 60 that develop cataracts have an accelerated loss of sight as they age. Today, cataracts affect more than 22 million Americans age 40 and older. And as the U.S. population ages, more than 30 million Americans are expected to have cataracts by the year 2020, PBA says.

A cataract starts out small and at first has little effect on your vision. You may notice that your vision is blurred a little, like looking through a cloudy piece of glass or viewing an impressionist painting.

A cataract may make light from the sun or a lamp seem too bright or glaring. Or you may notice when you drive at night that the oncoming headlights cause more glare than before. Colors may not appear as bright as they once did. The type of cataract you have will affect exactly which symptoms you experience and how soon they will occur. When a nuclear cataract first develops, it can bring about a temporary improvement in your near vision, called "second sight." Unfortunately, the improved vision is short-lived and will disappear as the cataract worsens. On the other hand, a sub-capsular cataract may not produce any symptoms until it's well-developed. Your eye doctor may be the first to tell you that you are developing a cataract. The “eye opening” moment for many patients is when they have their first lens replaced and see colors and patterns more clearly. The nature of cataract is that it’s a slow process so people do not generally notice the changes as easily.

If you think you have a cataract, see an eye doctor for an exam to find out for sure. Check out this link for more information on the different types of cataract.

Until better prevention and treatment strategies become available, individuals can help protect their eyes from cataract by not smoking, wearing sunglasses with UV protection, protection from Blue light from computer monitors, and eating a healthy diet. Evidence on the role of diet in cataract prevention is mixed. Some experts believe that antioxidant vitamins might help prevent cataracts by getting rid of molecules called free radicals, which may trigger or fuel protein clumping. But despite several studies, there's no convincing evidence yet that vitamin supplements prevent or slow cataract growth.

Many people consider poor vision an inevitable fact of aging, but cataract surgery is a simple, relatively painless procedure to regain vision. Cataract surgery is very successful in restoring vision. In fact, it is the most frequently performed surgery in the United States, with more than 3 million Americans undergoing cataract surgery each year, according to PBA. Ninety-eight perecent of people who have cataract surgery regain very good vision, somewhere between 20/20 and 20/40.

During surgery, the surgeon will remove your clouded lens and in most cases replace it with a clear, plastic intraocular lens (IOL). New IOLs are being developed all the time to make the surgery less complicated for surgeons and the lenses more helpful to patients. Presbyopia-correcting IOLs potentially help you see at all distances, not just one. Another new type of IOL blocks both ultraviolet and blue light rays, which research indicates may damage the retina.

In most cases, unless you choose presbyopia-correcting IOLs, you will still need reading glasses after cataract surgery. Another option for patients might be monocular vision--where each lens works at a different focal length one for reading and one for distance. You may also need progressive lenses to correct mild residual refractive errors as well as presbyopia. For the best vision and comfort possible with glasses prescribed after cataract surgery, ask your optician to explain the benefits of anti-reflective coating and photochromic lenses.