Managing Parkinson’s with Self Care: Nutrition 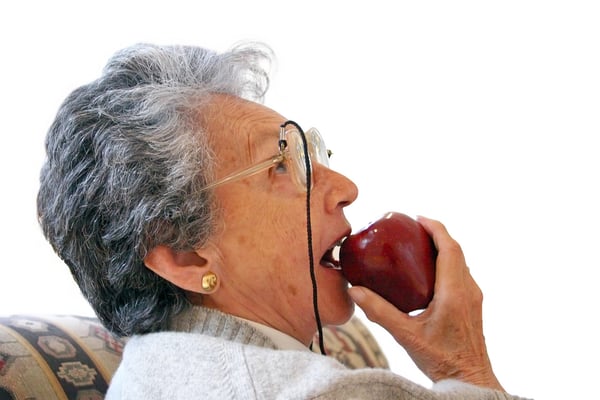 Parkinson’s disease is another form of dementia but manifests itself much differently than the most prevalent dementia--Alzheimer’s. Within our aging population, we are seeing more cases of Parkinson’s as more people live past 80 years old. This part of our series on Managing Parkinson’s Disease is focused on how changing your diet can play a big part in how you deal with the disease.

As we mentioned in our last blog, reducing stress is a big factor in managing Parkinson’s disease. When contemplating how nutrition can help sufferers of Parkinson’s disease, there are many factors to consider. They include reducing inflammation; impact on medications; assisting neurotransmission; improving digestion and getting antioxidants in your diet.

As early as 1988, research done by the McGeer's research team suggested that inflammation could be the first pathogenic mechanism of Parkinson’s disease. At that time NSAIDs like Ibuprofen were considered a potential for reducing the likelihood of getting the disease. Additional research did not prove that inflammation was a precursor to Parkinson’s but it did demonstrate a potential benefit in reducing inflammation in the body of Parkinson’s sufferers. The types of fats you consume may play a role in reducing inflammation in the body, and those known as “medium-chain triglycerides” may be particularly helpful. Coconut oil contains this fat. You can cook with it just as you would with olive oil.

In the science of brain health, doctors often use the word neuroprotection: the process by which we can support the health of brain cells and their ability to communicate with one another. Although there is no specific research that demonstrates the benefits of eating foods that promote brain health in Parkinson’s patients, there is evidence of certain foods promoting brain health overall. The same foods are also part of a healthy diet in general. The best foods that have been shown to promote brain health are nuts and herbs.

The American Journal of Epidemiology published a study linking higher intakes of vitamin E with the prevention of cognitive decline. Nuts like walnuts and almonds (along with other great foods like avocados) are a great source of vitamin E. Cashews and sunflower seeds also contain an amino acid that reduces stress by boosting serotonin levels. Walnuts even resemble the brain, just in case you forget the correlation, and are a great source of omega 3 fatty acids, which also improves your mental magnitude.

Turmeric. This spice turns Indian food orange, and its active ingredient is curcumin. Eat Indian food occasionally, but don’t take turmeric as a supplement. Ceylon cinnamon--In animal studies, this spice has shown potential for normalizing neurotransmitter levels and other PD brain changes. Look for Ceylon cinnamon, which is grown in Sri Lanka and labeled as such. Organic cinnamon is also preferable. Rosemary--Add rosemary to soups, quiches or grilled chicken. It contains antioxidants and has anti-inflammatory properties, which early animal research shows may be beneficial for brain health.

Studies have also supported eating blueberries, broccoli, tomatoes, soy, and dark chocolate as ways to promote brain health. These foods are packed with antioxidants or proteins that stimulate neurotransmission or protect the brain from free radical damage. An antioxidant is a substance that reduces damage due to oxygen, such as that caused by free radicals. Well-known antioxidants include enzymes and other substances, such as vitamin C, vitamin E, and beta carotene, which are capable of counteracting the damaging effects of oxidation. Oxidative damage is the harm sustained by cells and tissues that are unable to keep up with free radical production. Here is a great tutorial from Web MD on antioxidants in your diet.

Nutrition adjustments can help ease some of Parkinson’s most common symptoms, both of a motor and non-motor nature. If you experience digestive difficulties, especially constipation (which is very common in PD), try to drink more fluids, and increase your fiber intake with fruits and vegetables such as kiwi, apples, prunes, dates, figs, radishes, berries, nuts and beans. Probiotic supplements like Bifidobacterium (B. breve, B. adolentis and B. infantis), that add healthy bacteria to the gut, may also be helpful. If the increase of fluids causes the frequency of urination to become problematic turn to foods that are perfect for hydration like cucumbers, tomato, celery or broccoli.

Fatigue and sleep difficulties are also common symptoms of Parkinson’s disease. The culprit of these problems may be sugar. When eaten during the day, sweets briefly boost energy but make you sleepy later. When eaten in the evening, they may keep you awake. Another reason to limit sugar is that it causes a spike in blood glucose, which contributes to inflammation. When reaching for a snack, try foods that offer a balance of protein and fat, like nuts or avocado, or whole-grain complex carbohydrates.

Getting the most out of your Parkinson’s medication is another key element to managing symptoms of Parkinson’s. Taking medications at mealtimes can affect how quickly they are absorbed into your body and the rate at which your body uses, or metabolizes them. If you take carbidopa-levodopa (Sinemet®), for PD symptoms, you may find that protein-rich foods such as meat, fish or eggs or high-fat foods, lengthen the time it takes for the medicine to kick in, or make the medication less effective. You may want to talk to your doctor about taking the medication up to an hour before meals or discuss foods that may have less of an impact on the medication working with a nutritionist.

More Self Care for Parkinson’s Disease

Other self-care management strategies include: being prepared for emergencies and have a safety plan; Perform home modification to provide a better living space; Support Groups; stress management and hobbies.

Keep an eye on our blog for additional information on self-care strategies related to Parkinson’s disease.

For additional information and resources on Parkinson's disease and other senior-related care, check out our website!

The American Journal of Epidemiology