Seniors Out and About in the Twin Cities: Minnesota United

The Minnesota United kick off another season at Allianz field on April 24th in Saint Paul.  This will be the third season the United will be in their new stadium near downtown St. Paul and the club’s fifth season.

The Fun Starts in April after the club enjoyed their best season last year.  The Loons added Emanuel Reynosa last season and he helped spark a strong second half.  Having fans in the stands in their new digs might help them enjoy an even stronger 2021 season. 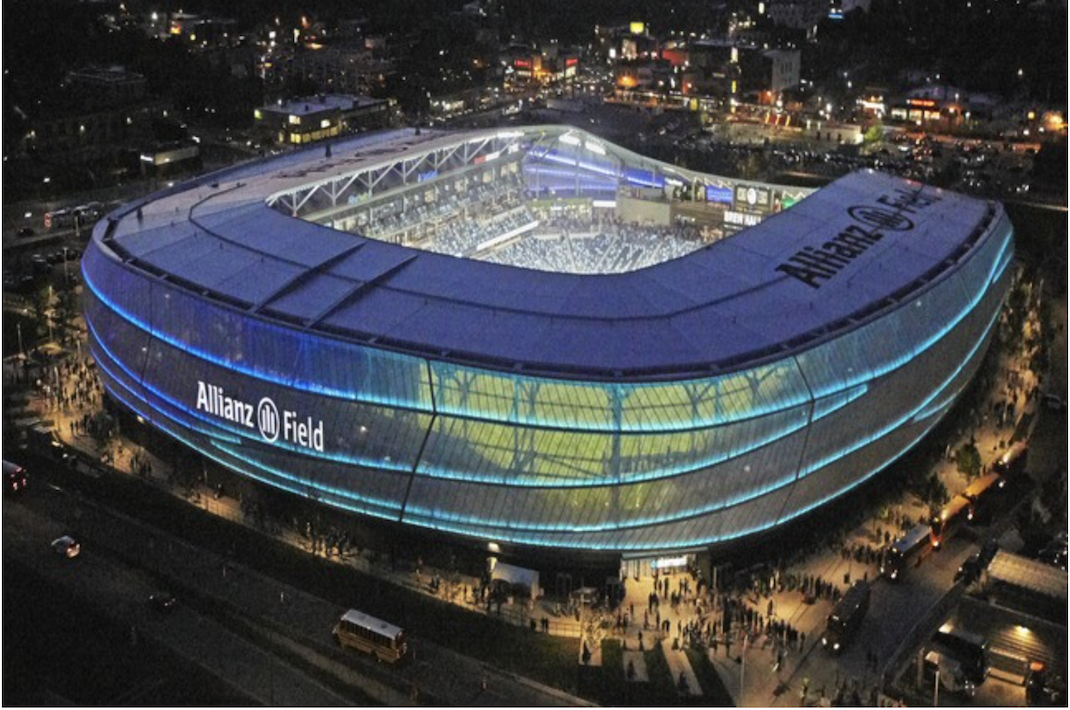 If you haven’t been there, Allianz field is a ring-shaped stadium, with seating for approximately 19,400.  This new home of Major League Soccer’s Minnesota United, Allianz Field boasts the latest in amenities and technology.  The elegant “flow” design concept features LED lighting throughout the facility. The 360-degree canopy over the bowl protects fans and players from the elements while reducing noise and light pollution to the nearby neighborhoods.  This great facility was designed to create an inviting atmosphere for fans.

Much like the CHS stadium for the St. Paul Saints with their dog park and grassed outfield, Allianz field has an expansive area of lawn with 28,000-square-feet of Kentucky Bluegrass just to the north of the stadium.  This along with a variety of native trees maximize shade and produces brilliant fall foliage.  The team and architect spent a lot of time and energy developing and implementing a fan-friendly experience--not forgetting the team’s origin in Blaine--bringing a replica clock and scoreboard from the Blaine National Sports Center.

Optional ways to get to the game include:

With limited parking options around Allianz Field, one of the best options for fans attending a Minnesota United game is parking off-site and taking a free shuttle to Allianz Field.

All entry lanes at Allianz Field are ADA compliant.  A limited number of wheelchairs are available at each gate to assist in getting guests from the gates to their seating area and back. If assistance is needed, guests should notify the closest Guest Experience staff representative.  If a guest wishes to have a wheelchair available during the entire visit they need to arrange to bring their own.  For ADA-accessible seating tickets, contact the Minnesota United Ticket Office at 763.4SOCCER (763.476.2237) or visit them online at mnufc.com/tickets

Handicapped Parking is available at the Herbergers ADA Lot: (459 Hamline Ave N, Saint Paul, MN 55104) New this season is parking specific to those with ADA needs.

The Allianz Field ADA drop off point is located on the east side of the stadium which can be accessed from Pascal St. N and Central Ave W

Food and Other Fare

Allianz Field will not disappoint when it comes to food and places to enjoy it.  According to the team’s site, Allianz is the new standard-bearer of Major League Soccer stadiums catering to all ticket-holders with a variety of hospitality spaces, most notably four clubs:

The Brew Hall is one such venue and demonstrates a reflection of the Twin Cities’ proud brewing heritage, the Brew Hall offers a pub-like atmosphere with unrivaled outdoor access. Garage doors face the field, allowing access to the main concourse. Located on the north end of the stadium, the Brew Hall brings fans to a great atmosphere. 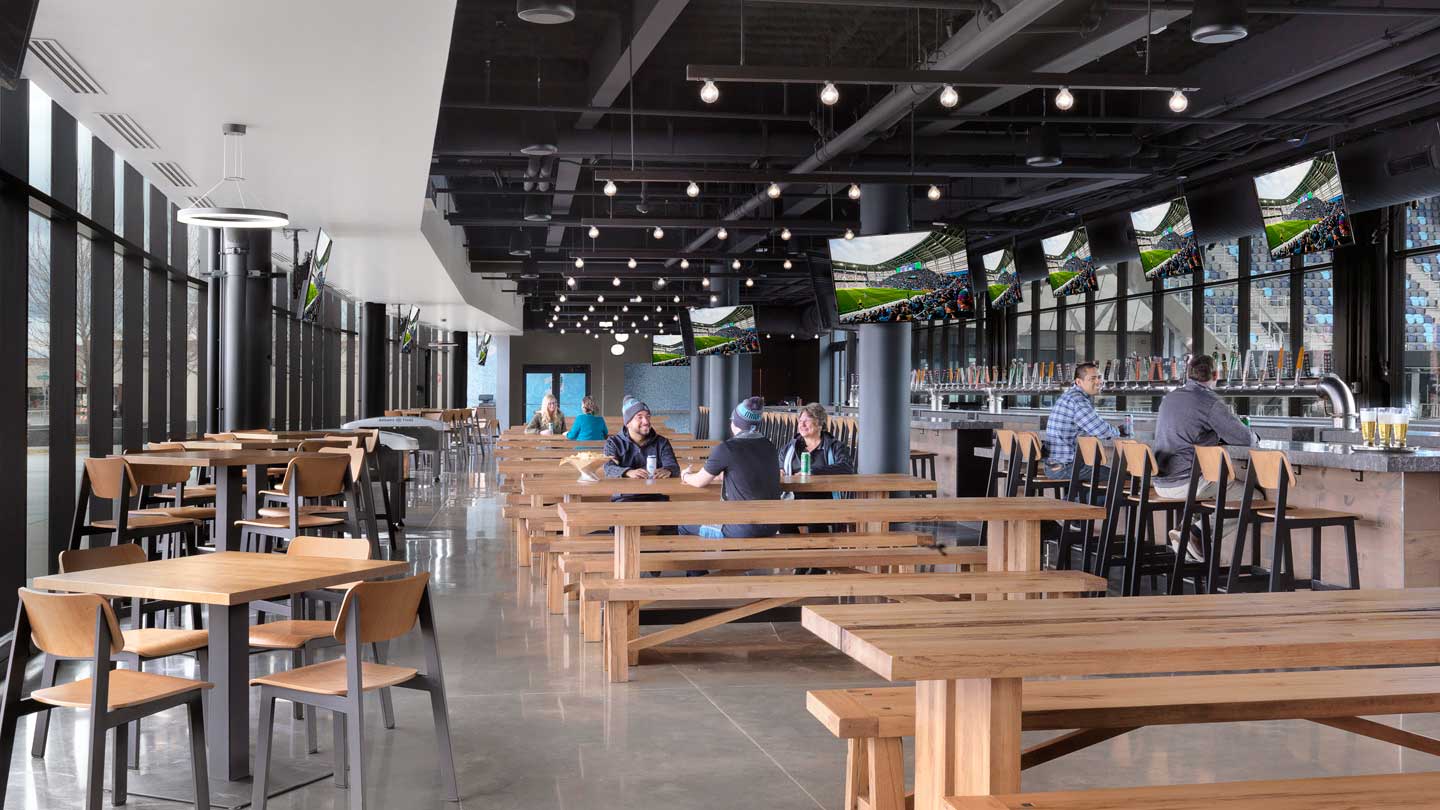 Inside there are 96 taps and an inviting interior space with high ceilings, oak tables, and benches. On top of the Brew Hall lies an expansive deck drenched in sunlight and serving up perfect sightlines to the game.

Fans should never go hungry with an outstanding assortment of food from local chefs, restaurants, and food trucks.  A rotating group of food trucks will be part of the pre-and post-game activities at Allianz Field around the Great Lawn.

If You’re Into the Game

The Loons should return with a competitive team in 2021 that can compete at the top of the Western Conference.  Adding Wil Trapp as a midfielder and defender Jukka Raitala will help bolster the team’s depth.  Many are hoping for big things from rookie Patrick Weah and hopes he breaks out early as a budding star.

Many fans are still reeling from the end of last season, blowing a late-game 2 point lead to Seattle and losing 3-2 in the playoffs.  Because the team has so much depth this year there are questions as to how head coach Adrian Heath will utilize his players.  The encouraging thing is the lineup seems to have improved and we have a fresh season to try things out.  Early results were encouraging!  How ‘bout dem Loons!